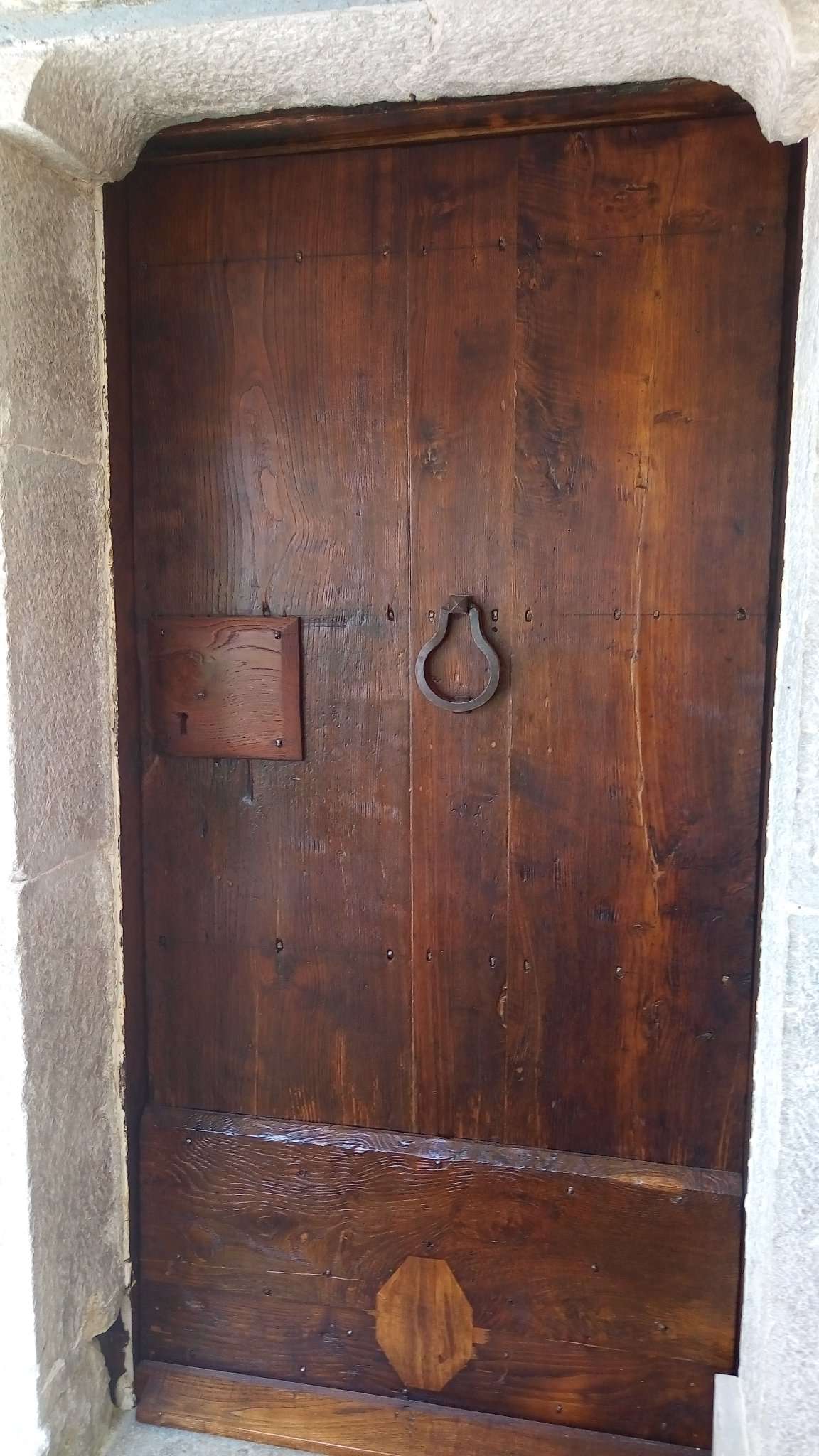 Description: Doorway of an old barn local of a noble palace of the province of Salerno, in the Vallo di Diano, southern Italy.  Palace statile of Sant’Arsenio, in the historic center, ancient door completely handmade.

Has undergone some structural changes especially in the lower part, where there are also structural damage to the wood due to weather and insect that eat the wood itself.  Good conservation conditions of the original patina.

Restoration: Started with the removal of the fixed and the connected structural elements to be transported in the laboratory. The bulk of the work involved the removal of non-coeval paints, but above all the reconstruction of missing parts of wood and an extension of the door itself at the bottom.

The lower part has been completely recovered and reclaimed with an aesthetic device in the lower prontale panel with the insertion of a non-original hexagonal block to cover a rough intervention and to keep the original elements as much as possible. Rconstructed also the closing system and hardware with elements in style that did not change the rustic originality but exalted it.

Restructuring of a set of oak frames

×
Your phone number it's suggested
×
×