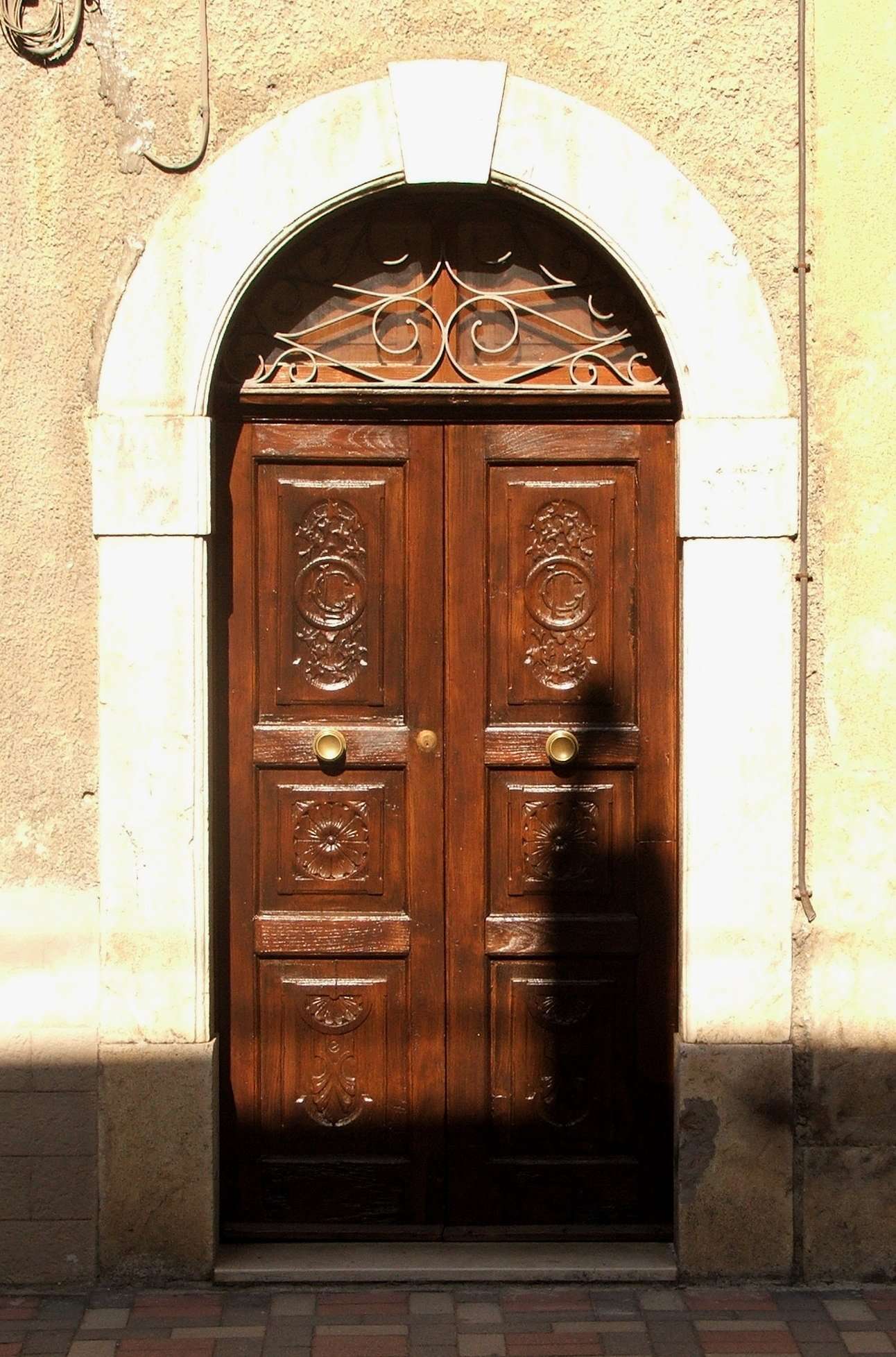 State of preservation before surgery

The state of preservation was discreet, in the lower part of the door was in place a thermitic attack, while the right door had one of the uprights broken at one point. The closing and opening of the doors and of the dark was not completely feasible due to repainting stratified, oxidation and in some cases failure of hardware.

The precarious conditions of the conservation status of the door: a right wing mast broke at one point, did the intervention in the first instance focus on the structural strength of the work that was greatly compromised. Replaced the door with a temporary wooden plank, it proceeded to a removal of previous coatings to deepen the knowledge of the state of wood preservation and to proceed with the carpentry. The leaf was interested in the lower area by a thermitic attack with some gaps widespread internal delamination due to the galleries created by termites. To work on the broken mast was created in a joint chestnut wood with two male-female joints in the upper and lower, while the degradation due to termites are several wooden dowels needed. E ‘was removed a plank not original fir wood in the wing inner face reporting to view the panel in not carved area.
The intervention on the wing left, on the transom, on dark and on the door jamb has traced the previous intervention arrangements. The hardware was dismantled, stripped and stabilized to prevent oxidation, while the necessary fillings were made with stucco shellac. For the final protective coating is a product with high climate resistance was used given the unfavorable environmental conditions in which is placed the door. Finally, to prevent the excessive absorption of water in the lower part of the door favored the onset of biological attacks have been applied two shaped copper plates that have also improved the aesthetic impact of the door.

×
Your phone number it's suggested
×
×